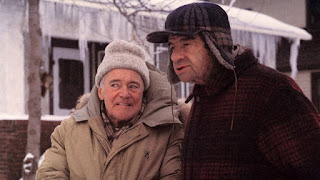 The light turned green and the guy tried to pass me with oncoming traffic in the other lane.  It seemed he had a death-wish, which was almost granted as a semi narrowly missed him by inches.  He became angrier and began to ride my tail.

Only two blocks later I was at my street.  I waved au revoir to my old friend with my middle finger as I turned just to let him know I wouldn't forget him.  But our story wasn't finished yet.  He immediately locked up the breaks and slid sideways to a screeching halt in the middle of traffic-laden Sawtelle Blvd.  Then he peeled out a U-turn and pulled onto the street behind me.  He was a determined bastard, I'll give him that.

A full on car chase ensued with me in the lead.  To claim that this was my very first car chase in Los Angeles would be untrue.  And to claim that both hadn't been as a result of the middle finger would also not be very truthful.  What can I say?  I'm my mother's child.  Sassy and smart assy.

I decided it best to pass up my work and lose this jerk.  No need for him to know where I worked for fear he might come back at some other time and try to decapitate me while I was in the middle of morning  emails.

I went down one avenue and up another while wondering if I would make it to work on time. I'm responsible like that. Then he merged into oncoming traffic, passed me, slid sideways in the middle of the road and cut me and the other cars off.  I had no choice but to stop.  I've honestly never seen someone drive a Toyota Corolla so boldly before. Was it a hybrid?  I was little scared but also impressed by his mad driving skills.  And then it hit me.  Rage.

Fine.  I thought.  I'd had a rough few weeks with a lot of pent up anxiety and emotions.  I'd done meditation, yoga, breathwork, taken sick days, tried resting and exercised but nothing was really helping my anxiety.  I'm neither a fighter nor prone to violent behavior, but maybe a huge fist fight in the middle of the street before work was just what the doctor ordered.  In all honesty, after not sleeping well for over 8 months I was willing to try almost anything, even if it involved broken bones and took place in front of an elementary school during work hours.

I put the car in park in the middle of the street and grabbed my ugly stick, a 12 inch hammer handle sans head, out of the side door.  That's when the door to the Corolla shot open to reveal the identity of the road raged idiot inside: a little, tiny 5'2" man with a limp who looked what I would guess to be somewhere around 900 years old.  My mouth dropped to the ground as he hobbled towards me with his gnarly finger pointing in my direction and called me everything but Jesus.

"What are you gonna do with that stick you mother-f***er?!"  He yelled.

Besides being old as hell he could could also swear better than anyone I knew, and that's saying something considering that I work with artists.

"What the hell do you think you're doing getting in my way and holding me up?!  I've got places to be you motherf***er!"

Said the crazy person who stopped traffic in the middle of the road.  I just hoped one of the places he was referring to was a therapist's office.

I couldn't beat up an old man, but I was so angry and pumped that I had to at least take some kind of stand, right?  Maybe I'd just break his side mirror a little? But before I could do that I burst out into laughter instead.  It was all just too ridiculous:  Me standing in the middle of the street, in front of an elementary school, with an ugly stick and a short, 900 year old man with a limp yelling "Let's rumble motherf***er" at me while I pondered breaking his side mirror.  I wish I could make this shit up.

"What are you laughing at you dumb motherf***er?!  I will kick your ass!"  He screamed.

"You can't even reach my ass, short stuff.  Just simmer down, get in your car and drive away before you get somebody killed.  I gotta get to work."

I hopped in my car, popped it in reverse and left him in the street screaming obscenities.  I laughed all the way back to work so I guess you can say that my first street fight, or lack thereof, had definitely lifted my spirits.  Nevertheless, I'll just stick to yoga and meditation in the future for everyone else's safety. 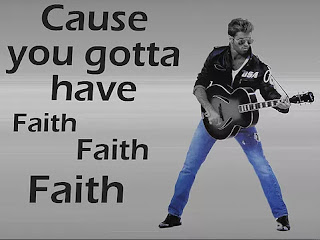